How To Make Your Photos “Pop” Using The Exposure Triangle 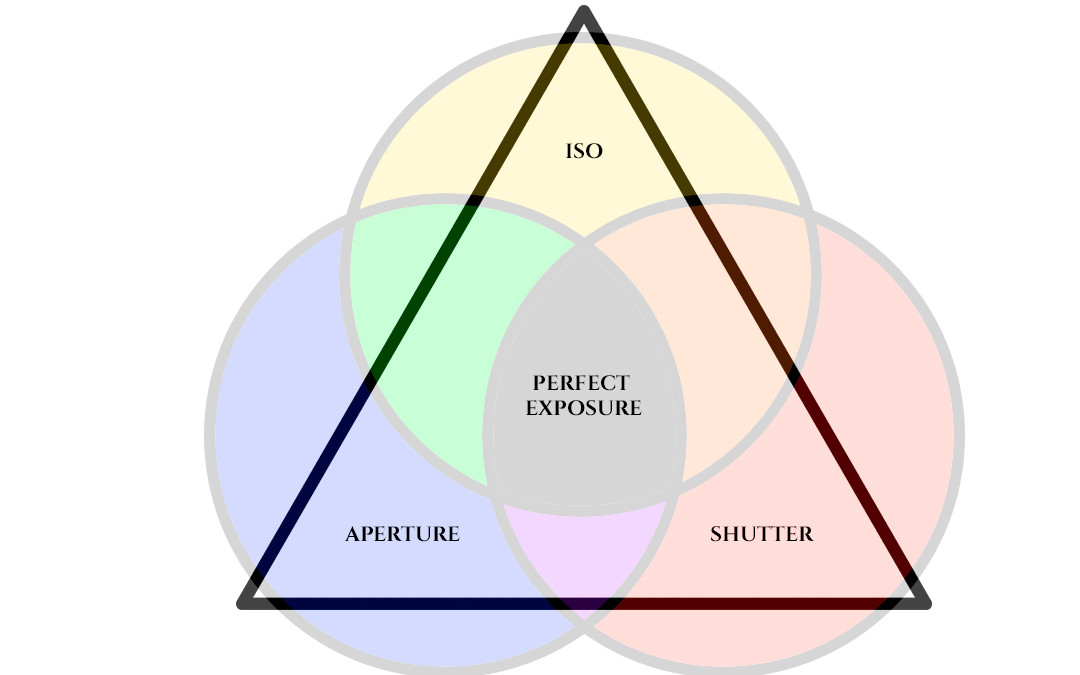 Have you ever had that moment when you go to take a picture and either one, the photo does not look like the scene before you, or two, you have a vision in mind that your camera does not seem to create? With the rise of better and more powerful point and shoot cameras, this is probably happening less frequently. But for those who are ready to take their photography to the “next level”, a basic understanding of the exposure triangle is vital.

As its name suggests, the exposure triangle has three parts: aperture, shutter, and ISO. Each of these three parts is integral in creating a well exposed photograph. And as you better acquaint yourself with these parts, you will be able to use and adjust them to create the photographs you used to only dream about.

What Is The Point?

If you’re anything like me, you want to know why…What’s the point of the triangle?

So, before I even begin to explain what each of the three parts of the exposure triangle effect, let me take a few moments to share with you why we need these three parts. My husband can attest, I love to say, Photography, by definition, means writing with light. And this little saying is no exception when talking about the exposure triangle. The balance that the three parts of the exposure triangle effect are how much (or how little) light your camera uses to expose an image. The camera is writing with the light that is given to it. If you give your camera too much light, it will only see light and not shadows. You will get a very washed out image. But on the flip-side, if you don’t give your camera enough light, it will only see shadow without light. You will get a very dark image. A properly exposed photograph harmonizes both light and shadow.

Formally referred to as “film speed”, ISO lets you know how sensitive your camera will be to light. On a film camera, it is the film itself that is sensitive. On a digital camera it is the camera’s sensor. This makes changing the sensitivity on a digital camera that much easier. In the film days, a photographer needed to burn a whole role of film before changing out the film for a new sensitivity. Now with the rotation of a dial, photographers can change their camera’s sensitivity frame by frame.

But before I get ahead of myself, let me explain a little better. If you have your camera’s User’s Manual handy, you will be able to find how to adjust your ISO. Many camera’s will start with a sensitivity of 100 (mine starts at 200). The lower the number is, the less sensitive it is. The higher the number is, the more sensitive it is to light. If you have a lot of light available to shoot under, you will use a much lower ISO; but if you are shooting under low light conditions, you will use a higher ISO, so that your camera will be more sensitive to the light that is available to it. Remember: photography is writing with light.

Each of the three parts to the exposure triangle has its own artistic value. So what is the artistic value to ISO? Well, the higher your ISO, the more noise (or grain) you are introducing into your photograph. Sometimes, photographers want this noise for artistic purposes. But, for many of us, we are seeking to produce the cleanest and crispest photograph possible, so we use the lowest ISO possible to produce the photograph at hand.

We’ve already talked about the camera’s sensitivity to light with our discussion on ISO. Now the question is: How does the camera get this light? The answer: Through aperture and shutter speed.

Let’s look at aperture first. (This is my personal favorite.) The best analogy I have heard for aperture is to the pupil of an eye. (In fact, aperture merely means, an opening through which light travels.) Think back to Biology class. The iris will dilate to let light into the eye. The smaller the pupil, the less light gets into the eye. This is why your pupils will be very tiny on a bright, sunny day; but if you are in a dimly light room, your pupils will be much larger to allow more light in so that you can see. We’ve all had the experience of switching too quickly from a dark room to bright light (ouch! my eyes!) or from bright light to a dark room (I can’t see anything! My eyes need to adjust.)

Aperture works similarly. If you look closely into the lens of your camera, you will notice an opening or hole. This is the aperture through which light gets into your camera. (Again, check your camera’s User’s Manual for specifics on how to adjust your aperture settings.)

So, what is the artistic value to aperture? Aperture creates depth of field (or DoF). Images can range from a very shallow DoF to a very deep DoF. Shallow DoF focuses on a limited plane, blurring everything else in front of or behind it. So, you will use a smaller f-stop number (wider aperture) to create a more blurred background. Deep DoF focuses on a much broader plane, keeping more of your foreground and background in focus. You will use a larger f-stop number (smaller aperture) to focus on a broader spectrum of your scene.

Last, but definitely not least, let’s discuss shutter speed. We could keep our metaphor of an eye and associate the shutter to an eyelid, but let’s mix metaphors instead (haha). As it’s name suggests, shutter speed is similar to the shutters on a window. Imagine you have a beautiful piece of furniture (and maybe you do, so it’s not too hard to imagine). If you open the shutters of a window nearby for only a moment, the furniture remains intact and unharmed. But if you leave the shutters open all afternoon…well…let’s just say, you might not have a beautiful piece of furniture anymore. The longer the shutter is opened, the more light gets into the camera.

Now this is where we get into the balance of the exposure triangle. With the above stated, yes, leaving the shutter on your camera open too long, may not be good for your image; but if you balance both your aperture and your ISO with your shutter speed, then you can indeed leave your shutter open for a very long time and still get a well-exposed image. This would be considered a long exposure.

If you want to “freeze motion”, you will use a faster shutter speed. Shutter speed is measured in seconds, and usually fractions of a second. So, with 1/1000, your shutter is open for 1000th of a second…pretty fast, right? When I am shooting children, or anything else that I want to “freeze”, I make sure my camera is set to at least 1/250; otherwise, I tend to get some blurred motion.

As stated above, long exposure makes artistic use of blurred motion. This can be handy when trying to capture the hustle and bustle of a busy train station, or the soothing movement of a stream, or the movement of stars in the night’s sky. With long exposure, you can actually leave the camera’s shutter open as long as you need. Your shutter will stay open as long as 30 seconds, after that you can use bulb mode (which is more detailed than this blog post will permit).

This fun senior shot was taken with the intention to “freeze” motion. I shot several frames consecutively at f/5.6 (aperture), 1/500 (shutter), ISO 320.

Putting It Into Practice

As you are getting more acquainted with each of the three parts of the triangle. It can be helpful to utilize your camera’s semi-auto modes, Shutter-Priority, indicated by a capital “S”, or Aperture-Priority, indicated by a capital “A”. As their names suggest, these modes differ from full-on Manual Mode in that, instead of having control of all three parts, you merely have control of either the shutter speed or the aperture. (You will still have to adjust your ISO, according to your lighting conditions.)  As you practice in either one of these modes, you will be familiarizing yourself with the effects that both shutter speed and aperture can have on your photographs; and you will learn to be more intentional with how you photograph.

Sonya Adcock is a fine art photographer based in the beautiful state of Pennsylvania. She specializes in artistic child photography. Sonya’s artwork has been featured in Photography Monthly Magazine, Digital SLR Magazine, and Redbook Magazine. In the hectic pace of a digital era, her artwork encourages you to slow down and remember the joys and magic of childhood.

For the photographer, Sonya will be releasing photo editing tutorials, actions, and overlays. Please join our Mailing List to be notified of future release dates. Or you can subscribe to her weekly Blog for tips on photography and photo editing.

Sonya’s artwork is also available to purchase. Please Contact her to learn more.

If you are interested in family portraits for you or someone you love, be sure view our Investment Page. Sonya Adcock Photography offers high quality prints and products for display. Some of our products include gallery wrapped canvases, albums and framed prints, as well as other unique memorabilia. We also offers digital files for sale, so you can print your images as you like.

Your memories are timeless. Sonya Adcock Photography would be delighted to work with you. Book your family portrait photography session today!

Subscribe to my blog to receive links to my latest video tutorials, and get a FREE Sharpening Action delivered to your Inbox.

You have Successfully Subscribed!